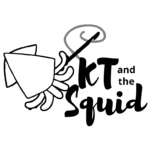 Check out my latest video!

Ever get an awesome yarn for a project and have not enough yarn leftover for another project but just enough you feel bad throwing it away? These bracelets are perfect for small scraps of yarn. I used less than 6 yards so you really don’t need a lot.

The Squid was so excited to make these bracelets. We’re making one for each of her friends at school. I hope they like them! I had to help her with some of the attaching of the closure but she was able to do a lot of it on her own. It’s a great project for kids!

Below I have a photo tutorial and at the very bottom is a video I made if you’d like to watch that as well.

Start by measuring the recipients wrist. You can look up bracelet measurements if don’t have someone to measure. Mark the length on your cardboard. This will tell you about how long to make the bracelet (keep in mind the closure will add some length).

Mark the width of the ribbon end on the cardboard. This will tell you about how wide to make the bracelet.

Wrap enough yarn around the cardboard lengthwise to make the width of the ribbon end. For the photos I wrapped it 7 times in the video I wrapped it 6 times (Sunseeker is a DK yarn).

Secure the yarn with a knot and push it to the back side of the cardboard.

Cut a long length of yarn. I cut 4 yards (I measure a yard from the tip of my nose to the tip of my outstretched arm). I had over a yard leftover. 3 yarns is probably enough but just to be on the safe side I’d go with 4. Remember this can vary if you are using a different weight yarn or making a thinner or thicker bracelet.

Start to weave. Weave your needle under, over, under…across the yarn on the cardboard. Pull the yarn through leaving a small tail at the end (this will be trimmed later).

It may feel a bit sloppy at first but the more you weave the neater it will start to look.

As you weave use your needle to push up the yarn. You can use the tip to push up in between each strand of wrapped yarn.

You can also push up as you weave your needle to do the next pass.

You want to push it up enough so that the yarn wrapped around the cardboard does not peek through. If you weave too loose, as the bracelet is worn it will start to pull apart leaving large gaps (this happened to our test bracelet).

As you go check that the tension is the same throughout. You can use the end of the needle to fix any unevenness as you go (you can see me do this in the video).

Weave to a little before the bottom mark (remember the closure will be adding some length). I put the ribbon end back on the weaving to make sure it will fit nicely. Mine was a little big so I just pulled the weaving a bit tighter at the ends.

At this point you could flip the cardboard over and make a second bracelet on the back.

Put a little glue over the ends. This is to hold everything in place. Try not to put too much glue or it wont fit very well in the ribbon ends. It takes 24 hours to dry completely but should be set enough to handle in a few hours. I waited 2 hours and it was fine.

Cut the bracelet off the cardboard. Trim any ends right up to the glue. One reason I like the E6000 is it’s soft enough I can cut it away if I put too much glue.

If you’d like to make the bracelet more durable you could glue a length of ribbon on the back at this point.

Slide the ends into the ribbon ends.

Use the nylon coated pliers to squeeze them closed.

Next, attach your split rings and closure. I used a large sewing needle to get the split rings open so I could slide in the ribbon ends and toggle clasps. Like I said, you can get special pliers for this but the needle worked just fine. You could also use some thin tweezers…whatever you can get in there to split it open 🙂

Once the closures are on you’re done! Below is a video I made if you’d like to see the whole process. Enjoy!